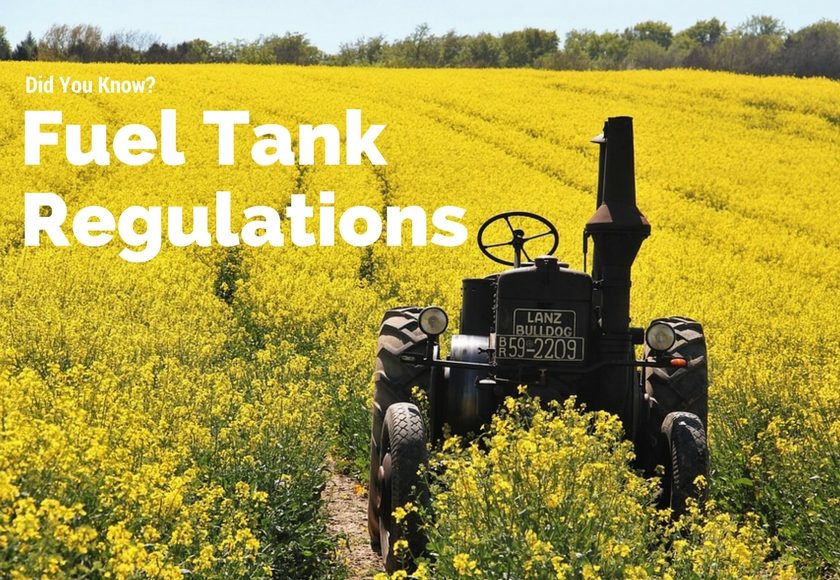 Manitoba Fuel Tank Regulations – How This Affects Businesses and Farms

We want to make all our valued customers aware of Manitoba fuel tank regulations, Technical Bulletin PSF-003 , issued by Manitoba Conservation and Water Stewardship, in July 2015, regarding the regulatory requirement for aboveground fuel storage tanks. 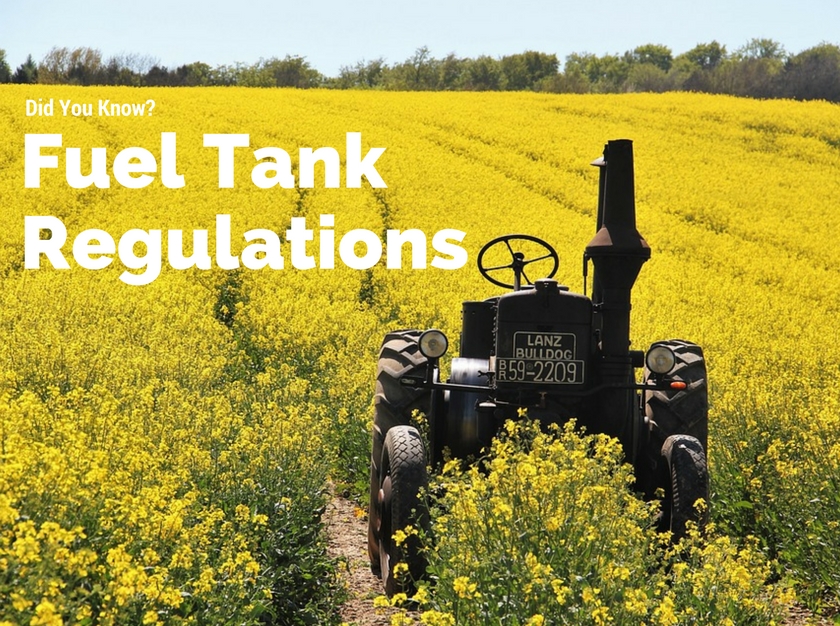 Due to the risk of groundwater and soil contamination, the government of Manitoba has issued the regulation to increase protection of the environment as well as human and animal health called the Storage and Handling of Petroleum Products and Allied Products Regulation (MR188/2001).

In brief, the Technical Bulletin says the following regulations are in place as follows:

-All tanks over 230 litres must be Underwriter’s Laboratories of Canada (ULC) approved 601 or 653.
-All tanks must have secondary containment.
-They must either be a double walled fuel tank or have a dyke.
-All dykes must meet requirements under regulation 3.9 of the CCME Environmental Code of Practice.

All gas storage tanks of 230 litres and less than 5000 litres are subject to partial application of the regulation, must:

-Be Underwriter’s Laboratories of Canada (ULC) certified.
-Have secondary containment.
-Have impact protection.

-Have a dyke that must meet requirements under regulation 3.9 of the CCME Environmental Code of Practice. 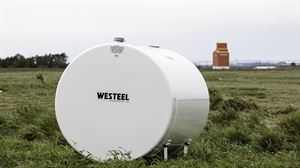 Those who are replacing the existing fuel storage tank with a double walled fuel tank are eligible for the On-Farm Fuel Storage BMP if you have a minimum of 320 acres of agricultural land used to produce agricultural products.

Keeping in mind that all fuel storage tanks of 5000 litres or greater require an install/decommission permit as well as a Licensed Petroleum Technician to remove or supervise the decommissioning of the old tank. If you have a gas storage tank that holds less than 5000 litres of fuel, you will not need an operating permit for the tanks or a Licensed Petroleum Technician to install or remove the existing tank. You will however still be subject to the requirements of the regulation being that the fuel tank must be ULC certified, have secondary containment and have impact protection.

Building a Dyke for your Fuel Storage Tanks

If you’re looking to build a dyke instead of investing in a double walled fuel tank, the dyke must meet the requirements under regulation 3.9 of the CCME Environmental Code of Practice. These requirements for aboveground fuel tanks include:

-A single walled fuel tank must be placed in a dyked area with an impermeable barrier in the floor and walls of the containment area and dyke that meets regulations.
-The dyke must be sealed to the perimeter of the fuel storage tank or pad when the liner is not installed under the tank.
-The liner must extend to the top of the dyke wall and is covered with a non-combustible material that will not fail if exposed to fire